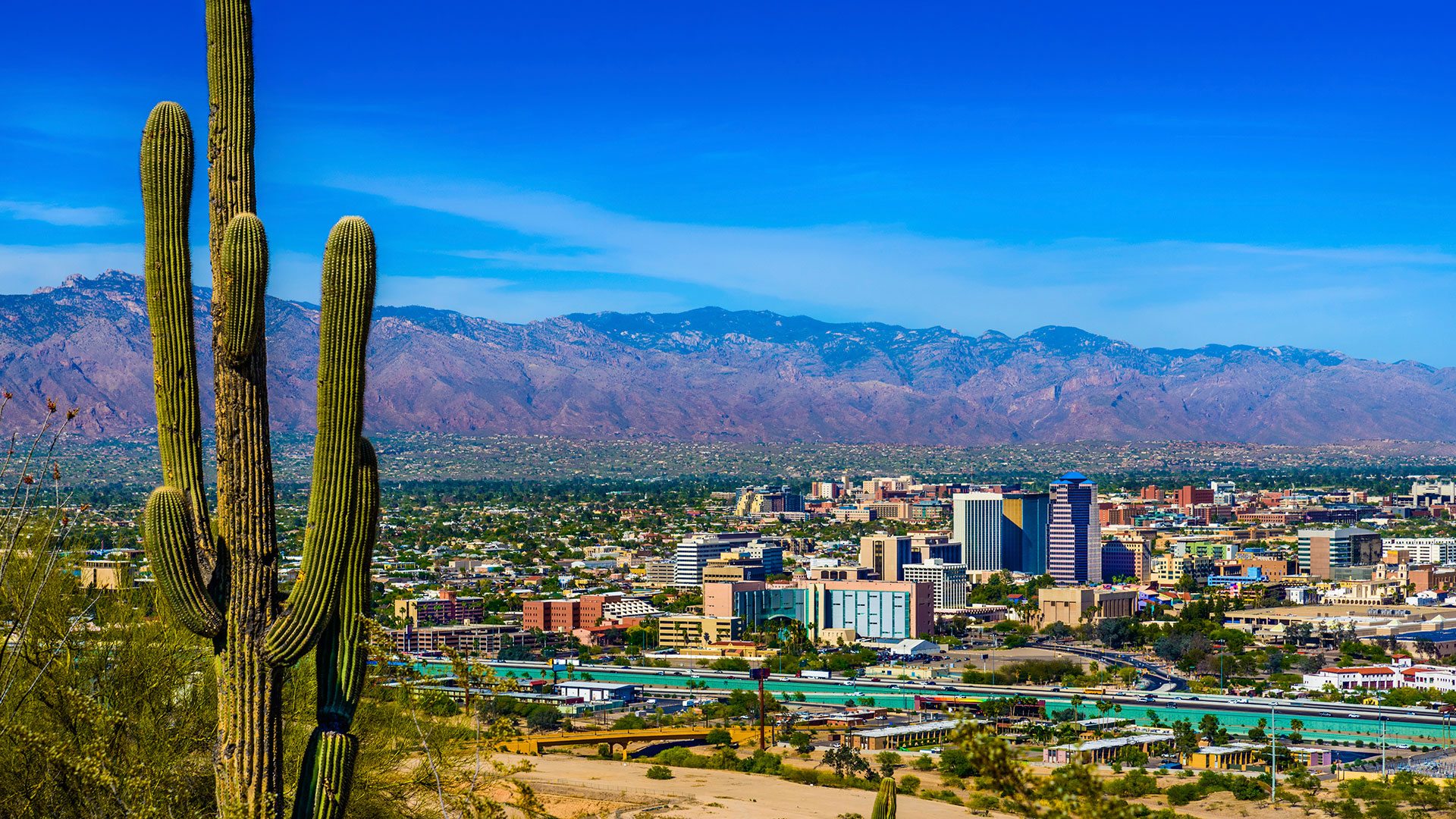 The Sinclair Method (TSM) refers to a form of alcoholism treatment method that employs the use of a technique known as pharmacological extinction, which involves the use of an opiate blocker in transforming habit-creating behaviors into habit-removing behaviors.

The use of Sinclair Method helps in returning an individual’s thirst for alcohol to its original state before addiction (Sinclair, 2001). The Sinclair Method involves taking an opioid competitor before drinking alcohol and the opioid antagonists used are not addictive (Sinclair, 2012).

Besides, the opioid antagonists do not directly reduce one’s craving for alcohol, but help in cutting down one’s alcohol consumption to safe levels in a few months, and eventually make alcohol addicts to stop drinking for good (Sinclair, 2012). However, effective application of the Sinclair Method for alcoholism requires the users to comply with the doctor’s instructions at all times (Sinclair, 2001).

Origin of the Sinclair Method

The Sinclair Method got developed by Dr. David Sinclair following his extensive research that started around the 1960s in America (Gilburt, Drummond, & Sinclair, 2015). Sinclair came up with what he termed as “alcohol deprivation or withdrawal effect” as an alcohol addiction’s driving force (Sinclair, 2012). He later proceeded with his research in Helsinki, Finland where he used specially raised rats disposed genetically to being alcoholic (Sinclair, 2012).

From such experiments, Sinclair concluded that drunkenness is a learned habit and that an emotion or response gets learned when it gets strengthened with alcohol over time (Sinclair. 2012). According to Dr. Sinclair’s findings, some individuals possess genetic traits that make them experience much reinforcement after taking alcohol, which results in uncontrollable cravings for alcohol (Sinclair, 2001; Laaksonen, Lahti, Sinclair, Heinala, & Alho, 2011).

Dr. Sinclair’s study got influenced by the research of Ivan Pavlov, the Nobel Prize-winning Russian physiologist, who made dogs salivate after making them hear the sound of a bell. Pavlov would make the bell ring over time to make the dogs salivate, and he rewarded the dogs with food whenever they salivated. However, the dogs’ salivation tampered off when Pavlov stopped rewarding the dogs with food, and he termed that tempering as “extinction” (Laaksonen et al., 2011). Sinclair, therefore, embraced the same theory and thought that it could be possible to remove the learned alcohol addiction behavior by extinction (Sinclair, 2012).

In his early study, Dr. Sinclair assumed that alcohol consumption generates reinforcement in the brain in a way comparable to opiates. The research showed that alcohol consumption creates reinforcement by creating endorphins that combine in the brain with opioid receptors (Laaksonen et al., 2011). He, therefore, thought that the answer to discontinuing the cycle of reinforcement might be blocking the receptors each moment alcohol was consumed (Laaksonen et al., 2011). Dr. Sinclair then tested his concept on the specially-raised rats, by using an opiate blocker, naltrexone, and later conducted clinical tests on people, and he got encouraging results (Sinclair, 2012).

The Sinclair Method, therefore, acts as one of the best solutions for most alcoholics who desire to get out of alcohol addiction. The effectiveness of the Sinclair Method is about 80 percent for individuals who apply it properly, and it is advisable for the users to take the naltrexone pills one hour before consuming alcohol (Mackenzie & Allen, 2003). The craving to take alcohol will reduce over time, making alcoholics to abstain gradually. The users of Sinclair Method have to proceed with taking naltrexone or nalmefene pills before they drink alcohol, even when things appear to be under control (Mackenzie & Allen, 2003).

How the Sinclair Method Works

The Sinclair Method uses a mechanism of the nervous system known as “extinction,” which gradually removes one’s interest in alcohol and related alcohol drinking behaviors (Sinclair, 2001). The human brain has two primary mechanisms for changing its functions based on experience. The first one is through learning to strengthen various behaviors that produce reinforcement, and the second one is through extinction, which helps in removing behaviors that no longer create reinforcement (Sinclair, 2001). The Sinclair Method uses various medicines, such as naltrexone and nalmefene, in blocking the effects of opiates such as endorphin (Sinclair, 2012).

When one consumes alcohol while opioid antagonists are blocking the reinforcement of opiates in the brain, the extinction mechanism gets activated, thereby producing a small but permanent reduction in alcohol craving and drinking (Gilburt et al., 2015). The continuous use of naltrexone or nalmefene pills makes alcoholics to become less interested in alcohol and eventually regain control over their alcohol consumption (Gilburt et al., 2015). However, the Sinclair Method of alcoholism treatment is not for every alcoholic since some people develop a different form of drunkenness that does not involve the opioid system, which makes the use of opioid antagonists difficult in their nervous system (Sinclair, 2012).

The opioid antagonists used in Sinclair Method are not addictive and have no direct reduction effect on alcohol craving (Laaksonen et al., 2011). Besides, the opioid antagonists do not result in unpleasant aversive effect and do not produce any effect until after the release of endorphin. The release of endorphin triggers the extinction mechanism, which in turn gradually but permanently removes the neural cause for alcoholism (Laaksonen et al., 2011).

Steps for Successful Use of the Sinclair Method

The five steps for successful use of the Sinclair Method do not require complex psychological therapy, neither do they need an examination of one’s past to determine why he or she lost control over alcohol. Besides, unlike rehabilitation treatments for alcoholism, the Sinclair treatment method has no instances of intensive psychotherapy, withdrawal, or trauma resulting from inpatient detoxification programs (Mackenzie & Allen, 2003).

The first step towards achieving a successful alcohol de-addiction using the Sinclair treatment method is understanding and thinking about alcohol addiction in an entirely new way. The second step involves checking the severity of alcohol addiction and finding out if an individual needs help (Sinclair, 2012). The third step requires alcoholics to work with their doctors to get a prescription for nalmefene or naltrexone. The fourth involves learning about the measures of alcoholic drinks and keeping records of one’s alcohol cravings and drinking as one begins his or her de-addiction program (Sinclair, 2012). One starts to get de-addicted during the fourth step as drinking and craving levels start to decline gradually.

The fifth step is the stage in which one gets cured, and it comes after about four months or six months in some cases. It is important to note that the Sinclair method cannot cause de-addiction without the continuous alcohol consumption and intake of nalmefene, or naltrexone (Sinclair, 2012). If one abstains from consuming alcohol while at the same time taking nalmefene or naltrexone, he or she may not be successful in achieving alcohol de-addiction because it will not be possible to trigger or initiate the physiological process that results in alcoholism reduction (Laaksonen et al., 2011).

The Sinclair treatment method for alcoholism provides what millions of alcohol addicts and their families have been longing and hoping for, which is a dignified, painless and medically proven cure for alcoholism. Backed by over seventy clinical tests and research experiments that extend back to the 1960s, the Sinclair Method uniquely uses an opiate blocking mechanism to extinguish the brain’s addictive software.

The Sinclair Method’s de-addiction process returns the addictive behavior in the brain to its original state of pre-addiction, before the first alcohol consumption. It, therefore, acts as a perfect program for the cure for alcoholism. Besides, studies have shown that the Sinclair Method is equally effective without therapy, and patients can, therefore, choose whether to combine TSM with therapy or not since the physical results will be similar. About 25 percent of alcoholics on TSM program become 100 percent abstinent. Individuals who continue to drink should continue taking their medications before drinking for as long as they continue drinking alcohol.