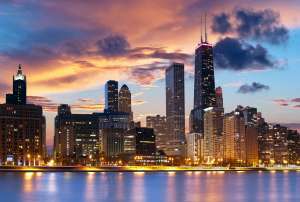 The Sinclair Method retrains your brain so that alcohol no longer activates the pleasure centers. This innovative treatment was developed by Dr. Sinclair who was seeking a way for problem drinkers to participate in social activities without risking addiction and drinking too much. Abstinence simply does not work for the majority of people who admit they are alcoholics. The urge to drink remains no matter how long one abstains. This is why people who are trying to abstain from alcohol through Alcoholics Anonymous must go to meetings, sometimes for decades, for group support in their commitment to abstain.

Alcoholics Anonymous, considered the addiction program that offers the greatest hope, and similar 12-Step programs have a success rate of about 10 percent according to the American Society of Addiction Medicine. It takes a serious commitment and a great amount of determination and work to overcome addiction. The brain continues to crave alcohol’s pleasurable feelings decades after the last drink. Relapses are the norm.

The Sinclair Method attacks the problem of addiction from a new perspective. It works on the places in the brain that crave pleasure through alcohol.  A drug called naltrexone trains your brain to stop associating alcohol with pleasure. Eventually, your brain loses interest in alcohol. No matter how long you have been drinking and in what quantities, after time you will be able to take a drink — or leave it on the table. The craving is gone.

The drug has been slow to be respected in the U.S. because instructions said a daily dose was therapeutic. In fact, the drug works only when it is in the system when a person takes a drink. Thus, the Sinclair Method instructs patients to take the drug about an hour before taking a drink. Most report that with the drug active in their systems, they can have a beer, or a few sips, and walk away from the keg simply because they do not crave another drink.

After decades of abstinence programs, orders, shaming, and instructions, it is taking the U.S. medical profession and the general public some time to get used to the idea that a person addicted to alcohol can have a drink. Then, after taking the drug be in full control of his decisions about what and how much to drink — or simply walk away without suffering cravings.

Actress Claudia Christian gave a TED Talk on the Sinclair Method. She wonders, “Why do so many people believe that a long-term battle with alcohol addiction can be simply stopped in 30 days or less with nothing but talk therapy and willpower?” Over a decade, she tried every therapy available from expensive rehab facilities to wheatgrass to Tai Chi. Every “cure” was followed by a failure. The Sinclair Method works for her, and she is promoting it enthusiastically.

The Sinclair Method requires a 30-minute initial appointment to assess a patient’s physical status and explain how the medication works and how to use it. Follow up appointments, after two to four weeks of treatment, last about 15 minutes. These appointments are geared to answering questions and assessing how the program is working for the individual.

Costs vary according to state, but you can expect to pay an average of $225 for the initial evaluation and $125 for follow up appointments. The Sinclair Method is considered “out of network” for most insurance companies so you will be given the appropriate paperwork to turn into your insurance company.

Top 5 Benefits of Telepsychiatry Telepsychiatry offers an enticing combination of benefits to patients and healthcare providers alike. From an unparalleled level of convenience to superb cost savings, telemedicine continues to grow as the healthcare community experiences its many advantages. Below is a look at the many people who can be helped by remote healthcare services. Who Can [...]

Alternatives to AA Alcoholics Anonymous is definitely not for everyone.   While perhaps the best known organization for treating alcoholism, Alcoholics Anonymous (AA) is certainly not the only group that can help those struggling with alcohol issues and addiction. Even though it has a wide reputation as the main alcoholic treatment plan, many people [...]

Naltrexone and Lactose Intolerance If you have lactose intolerance, you should be aware that lactose monohydrate is an inactive ingredient in naltrexone. Monosaccharides are simple sugars that include glucose, fructose, and galactose. These simple sugars unite to create disaccharides, such as sucrose and lactose. Lactose is derived from the Latin word "lactis", which means milk. It [...]

One Little Pill Documentary film about the Sinclair Method for Alcoholism This stuff works. It is malpractice not to use it. It is inexcusable not to use it. Alcoholism will kill me before HIV does. We are born with a nervous system that can change its own wiring on the basis of experience. [...]

Gabapentin for Sleep Gabapentin (Neurontin) increases slow-wave sleep and is a safe, effective treatment for insomnia. It is a widely prescribed medication in neurology and psychiatry. In neurology, it is used for seizures, neuropathic pain, migraines, and restless legs syndrome. In psychiatry, it is used for insomnia, anxiety, and alcohol dependence. It is also helpful for hot flashes, [...]

How Successful is Alcoholics Anonymous (AA)?

The Sinclair Method (TSM) in The Atlantic Magazine

The Sinclair Method (TSM) in The Atlantic The Irrationality of Alcoholics Anonymous. Finland’s treatment model is based in large part on the work of an American neuroscientist named John David Sinclair...Sinclair has researched alcohol’s effects on the brain since his days as an undergraduate at the University of Cincinnati, where he experimented with [...]

Sinclair Method Book The Cure for Alcoholism by Roy Eskapa is the official unofficial Sinclair Method book, an approach to alcoholism that does not require abstinence.  It describes the method itself, including the pharmacology of the medication Naltrexone and an extensive collection of published scientific articles.  Highly recommended.

Alcohol Biomarkers It is well-established that alcohol has the potential to damage the liver, either from regular chronic use or a irregular binge drinking. When damage to the liver occurs, particular enzymes become elevated in the blood. By measuring these enzymes, we can learn about the extent to which the liver has been damaged, as well [...]

Why is the Sinclair Method not used more often?

Why Isn't the Sinclair Method Used More Often? I am often asked why Naltrexone is not prescribed more often for Alcohol Use Disorders, given that it is: FDA-Approved for Alcohol Dependence (since 1994) Generally well-tolerated (upset stomach is the most common side effect) Inexpensive (about $1.25/pill out of pocket).   One possibility is that Naltrexone is [...]

The Alcohol Epidemic Alcohol abuse is more prevalent, costly, and deadly than opioid abuse, even during the peak of the current opioid epidemic. If you live in the United States, you’ve read or heard a news story about the opioid epidemic afflicting most of the country. Over the past year, the news [...]

Sinclair Method on NBC News Speaker 1: There's, like, a part of my mind that compulsively drinks alcohol in near-fatal doses, and it doesn't leave me alone, for the most part. Next Speaker: 25-year-old Marissa has been a binge drinker for more than 5 years. Next Speaker: What were the consequences? Next Speaker: Mostly a loss [...]

Sinclair Method Success Rate The Sinclair Method for Alcoholism involves taking the FDA-approved prescription medication Naltrexone on an as-needed basis at least one hour prior to drinking alcohol. The medication blocks endorphins from being experienced by the drinker, which prevents the alcoholic beverage from causing a buzz. Ultimately, the lack of reinforcement causes the brain to lose [...]

Claudia Christian TED Talk on the Sinclair Method Actress discusses her success story using Naltrexone for Alcohol Use Disorder I've been in the entertainment industry for over 30 years. I was a very light drinker in my 20s. In my 30s, I was a social drinker, and somewhere in my early 40s [...]

Naltrexone Blunts the Buzz of Alcohol So You Can Drink Less. An FDA-approved medication reduces the pleasurable effects of alcohol use that underlie problematic drinking.

Pharmacological Extinction and the Sinclair Method In terms of the sinclair method and operant conditioning, extinction doesn’t refer to the immediate end of a negative behavior. Instead, it refers to the process of ending a behavior that has repeatedly been rewarded. A common example is a child who throws tantrums until they receive a treat. The [...]

The Sinclair Method in Seattle's The Stranger magazine Using Naltrexone to moderate drinking as an alternative to AA The Sinclair Method was featured as the cover story in the December 2018 edition of The Stranger.  Columnist Katie Herzog interviewed our own Brian Noonan, ARNP for the story: For the first time in my life, I'll pour [...]

Gabapentin Combined With Naltrexone for the Treatment of Alcohol Dependence

Gabapentin Combined With Naltrexone for the Treatment of Alcohol Dependence Objective: Naltrexone, an efficacious medication for alcohol dependence, does not work for everyone. Symptom s such as insomnia and mood instability that are m ost evident during early abstinence might respond better to a different pharmacotherapy. Gabapentin may reduce these symptoms and help prevent early relapse. [...]

Gabapentin for Alcoholism Gabapentin was originally approved by the FDA to treat seizure disorders.  It has also been found to be effective for a number of disorders in neurology (neuropathic pain, fibromyalgia, restless leg syndrome) and psychiatry (insomnia, anxiety disorders). In recent years, evidence has been mounting for its effectiveness in treating Alcohol Use Disorders. [...]

Naltrexone and Alcohol Dependence:  The Role of Subject Compliance Background: Two previous double-blind, placebo-controlled studies demonstrated that naltrexone (50 mg/d) reduces alcohol drinking in alcohol-dependent subjects. In both studies, treatment compliance was excellent. However, a robust treatment effect size for naltrexone relative to placebo has been shown for compliant subjects but not for subjects who missed [...]