Endorphins are natural opiates produced by the central nervous system in response to stimuli like pain or stress.

You may know endorphins as feel-good chemicals that boost happiness and reduce pain. They’re a lot more than that and may just play a broader role in our body. Although there’s still a lot we don’t understand about endorphins, findings of research studies indicate exciting possibilities from raising endorphins levels, for both body and mind.

Endorphins are natural opiates produced by the central nervous system in response to stimuli like pain or stress. The word ‘endorphin’ is derived from the two words ‘endogenou’, which means ‘produced within the body’, and ‘morphine’, a natural opiate. 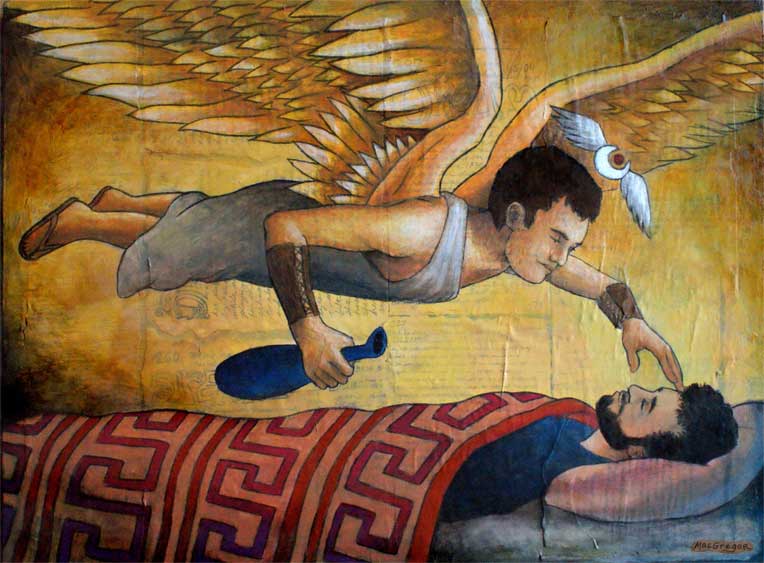 How do endorphins work?

Endorphins work similar to opioids, medications prescribed by doctors to reduce severe short-term pain or pain after surgery. Opioids bind to the opioid receptors found naturally and extensively in the brain, gut, spinal cord and other parts of the body. The receptors block the pain signals sent from the body via the spinal cord to the brain. Endorphins also bind to the body’s opioid receptors to block the pain messages and have a muting effect on the pain. The difference is that while opioids can be addictive, the activation of endorphins does not lead to dependence or addiction.

What triggers the release of endorphins in the body?

Endorphins are released most commonly in response to stress and pain. They lead to happy feelings and decrease pain. Research suggests that endorphins may also regulate the release of hormones responsible for appetite and sexual arousal. It raises the possibility that low levels of endorphins may adversely affect health in certain ways, as discussed below.

In the 1960s researchers discovered that opiates like morphine could bind to specialized receptors in the brain. From this unexpected interaction, they concluded that the body must produce its own natural opiates. Otherwise, why would a receptor in the brain exist to target a chemical derived from the poppy? This line of reasoning led to the discovery of endorphins in the 1970s. Researchers isolated several small neuropeptides that were found to reduce pain.

Today we know of 20 different kinds of endorphins produced by the body. These include beta-endorphins, which have analgesic properties many times stronger than morphine. Surgical patients under anesthesia often produce a significantly higher number of beta-endorphins.

How Are Endorphins Released?

Endorphins though are often triggered in response to pain. Pain receptors send signals made of a neuropeptide called Substance P to the dorsal horn of the spinal cord, and from there onto the hypothalamus. These signals are the pain we experience after a trauma.

Enzymes act on the POMC and cut it up into several kinds of peptide sub-units. Of these it is the beta-endorphins and (to a lesser extent) met-enkephalin which are the powerful analgesics. Another peptide which is created is alpha-melanocyte stimulating hormone. MSH regulates appetite and sexual behavior.

The brain has evolved to keep a certain level of endorphins topped up to ensure survival in the face of stress. This is for the purpose of maintaining our Fight-or-Flight reaction. But the brain also knows when to recognize overproduction. When endorphin levels get too high, feedback inhibition will occur, the hypothalamus shuting off CRH production.

How Do Endorphins Work?
Beta-endorphins work as analgesics by binding to opioid receptors in the brain and inhibiting Substance P production. This has the effect of reducing pain signals transmitted to the brain.

The hypothalamus responds a little differently to Substance P signals. It releases beta-endorphins through the brain’s periaqueductal grey. These act to inhibit the release of a chemical called GABA, which in itself is an inhibitor. In fact GABA is the main inhibitory neurotransmitter in the central nervous system. By reducing GABA levels, the body produces more of a neurochemical called dopamine. Together with the opiate endorphins, dopamine is part of the body’s ‘Quartet’ of happiness chemicals. The other two are serotonin and oxytocin.

Other endorphins act in a similar way to create feelings of pleasure or euphoria. It is the binding to select opioid receptors in the brain that creates these specific sensations. Whenever you experience a natural feeling of bliss, it will have been caused by endorphins doing their good work around your body.

Endorphins are a vital part of the brain’s reward system. A feeling of pleasure produced by the brain lets us know when we’ve had enough rich food, beer or sex, for example. We’re also left with memory of the feeling, which gives us the motivation to go out and get these nice things at a later date.

Different people react in different ways to endorphins due to physiological makeup. Some people produce more endorphins than others. With some, the levels of pleasure and pain reduction created by endorphins will vary.

People with low levels of endorphins may be less likely to be able to say no after experiencing pleasurable activity. These people may develop addictions to alcohol, drugs or sex. They may also be susceptible to pain, both physical and emotional. Obsessive or risk-taking behavior can increase if there are not enough endorphin signals to tell the person that enough is enough. This is why some people with obsessive-compulsive disorder can’t stop washing their hands.

Pharmaceutical opiates, such as codeine and morphine, work in a similar way to the body’s natural endorphins, but with one difference. Manmade opiates can become addictive if their use is not moderated. When natural endorphins bind with the brain’s receptors, enzymes quickly break them down for recycling. Morphine, as an example, is more resistant to these enzymes, and continues to reactivate the opioid receptors unchecked. This not only intensifies the euphoric feelings and makes them last longer, but the risk of addiction increases too.

Effects of low levels on health

As mentioned previously, endorphins are not fully understood by the medical community. They have been explained from the standpoint of research findings, which may not be in large numbers or be confined to animal studies. In fact, even the pain-relieving effects of endorphins derive from the understanding that human survival depends on staying away from things that cause pain and seeking the things that reward us in some way. With this premise, here’s a look at the possible implications of low endorphin levels on your health, based on the findings of research studies.

Depression is a leading cause of disability worldwide. A combination of treatment options and lifestyle choices can help reduce depressive episodes. Opioids may be prescribed for chronic depression in patients whose internal opioid response to stressors may be impaired. As endorphins are associated with rewards, they may lower symptoms of depression when present in sufficient amounts in the body.

Abnormal endorphin levels may be a reason for persistent headaches. The imbalance seen in people with depression is similar to those who have chronic headaches. There’s anecdotal evidence that sex relieves headaches. Feel-good endorphins are released during sex. It suggests the possibility of endorphins playing a role in alleviating headaches.

The symptoms of fibromyalgia, a condition affecting the bone and muscles, can affect quality of life. Fibromylagia patients live with pain, fatigue, sleep disturbances, anxiety and cognitive impairment, which have an adverse impact on their work and social lives. Some studies have found a link between an increase in endorphin levels and pain relief in people with fibromyalgia.

How to increase endorphin levels

Some activities have been found to stimulate the production of endorphins naturally. Many have to do with practicing a positive lifestyle, as explained below.

Fortunately, we don’t have to limit ourselves to the level of endorphins our usual daily activity allots us. Regular exercise is an excellent way to increase our feelings of euphoria without having to resort to pills.

Most people by now will have heard of the ‘runner’s high’. But any exercise involving short spurts of intense physical activity improves your wellbeing. That extra endorphin release leaves you more motivated, energized and protected from depression. Even less strenuous exercises such as Pilates and yoga are known to release endorphins and promote happiness.

The reason for the euphoric state we enter after a lengthy, vigorous run or exercise, known as ‘runner’s high’ has been studied quite extensively. In 2008, researchers used positron emission tomography (PET) scan to create images of athletes’ brains before and after exercise. They found an increase in endorphins following intense physical activity.

Recently, the connection between endorphins and runner’s high was challenged by a new study. It found that while exercise does release endorphins into the bloodstream, they’re too big to cross the blood-brain barrier. Instead, the sense of positivity and psychological well-being, was attributed to endocannabinoids, the signaling molecules the body produces to regulate pain, mood, stress and immunity.

Some studies have found a positive correlation between eating dark chocolate and boosting endorphins. However, before you go through a full bar of chocolate, check the cocoa content on its label. Most chocolates contain small amounts of cocoa, and are loaded with calories and fats. The healthiest dark chocolate contains a cocoa percentage of 70% or higher. Stick to these to possibly stimulate the production of endorphins and elevate your mood.

Laughter may trigger an endorphin release. If you leave aside the exact mechanism, you will still feel better after a good laugh, and forget your pain, for a while at least.

Yoga involves controlled breathing, which can have a calming effect on your mind and help your body achieve a state of relaxation. There is some research indicating that yoga releases endorphins and eases stress.

The official reported success rate of the Sinclair Method for Alcoholism is 78%.  Unlike most treatments, abstinence is not required.

Naltrexone for Alcohol Use

FDA-Approved for Alcoholism since 1994, this prescription medication blocks endorphins from being released when you drink alcohol.

The process of reversing the association your brain has created between alcohol and the release of pleasure-inducing endorphins.