Benzodiazepines are prescription drugs that are quite commonly used for treating individuals experiencing mental health disorders such as anxiety and BPD (bipolar disorder). When used for clinical treatment, these drugs are typically prescribed for short-term use, i.e., as much as necessary to manage symptoms of anxiety and insomnia. However, benzodiazepines are also used and abused recreationally, and with abuse come risks of addiction and overdose. The addiction potential of benzodiazepines is quite high, and if an individual hooked to them suddenly stops use, it can lead to a whole host of withdrawal symptoms.

The Ashton Method, developed by late English clinical psychopharmacology professor Heather Ashton in 1999, offers a safe way for individuals to gradually stop benzodiazepine use without experiencing severe withdrawal. Read on to know how the method works, but first, let’s delve a little deeper into how benzodiazepines work and the withdrawal symptoms associated with them.

Benzodiazepines – How they work and what makes them so addictive

Benzodiazepines work by affecting a neurotransmitter known as gamma-aminobutryic acid or GABA. People experiencing chronic anxiety have low GABA levels in the brain. This is where benzodiazepines come in. They increase the levels of GABA, which triggers a sedative and relaxing effect for relieving anxiety. Benzodiazepines take very little time to increase GABA levels, which is one of the main reasons why they are preferred as a short-term treatment option for dealing with anxiety. Some of the most common forms of benzodiazepines include the following:

However, when the use of benzodiazepines becomes a regular affair over a long period, two things happen. First, the brain becomes resistant to its effects, which means you need more powerful doses to achieve the same level of sedation that you experienced during initial use. Second, as your brain gets used to the sedative effects of benzodiazepines, it doesn’t know what to do when you suddenly stop consuming them. With overnight cessation, GABA levels drastically drop in the brain, and the feelings of nervousness and anxiety can come back with greater severity.

Regular benzodiazepine use can result in the following side effects:

When you stop using benzodiazepines after routine long-term use, you may experience one or more of the following withdrawal symptoms:

Now that you know about the various side effects and withdrawal symptoms associated with recreational benzodiazepine use, it’s time to turn our attention towards The Ashton Method.

Most of the withdrawal symptoms associated with sudden cessation of benzodiazepine consumption are triggered by the nervous system’s hyperexcitability, which is a result of low GABA levels. Through tapering, users can slowly restore their brains’ natural functions, allowing them to heal at a modest pace.

Tips to make the most of the Ashton Method

The Ashton Method has been proven to be highly effective. However, Dr. Ashton recommended a few tips to make the most of her method, which we’ll take a more detailed look at in this section:

Changes recommended to the Ashton Method by experts

Despite the effectiveness of the Ashton Method, we have to remember that it was published back in 1999. Since then, many other experts have studied the method and suggested changes to it to make it more effective. One of the major changes recommended by experts involves users tapering using the same benzodiazepine they consumed. For example, if you abused alprazolam, you should taper using alprazolam as well, i.e., if the withdrawal symptoms are mild.

This is in stark contrast to Dr. Ashton’s recommendations to use diazepam. However, the reason given by experts for suggesting this change involves the risks associated with switching to the consumption of a new drug. Typically, when users switch from benzodiazepines with shorter half-lives to diazepam, they need to first adjust to the effects of the new drug before they can start tapering. This may add several weeks to the entire tapering process, and users may also have to deal with both withdrawal symptoms from the previous benzodiazepine along with potential diazepam side effects.

If you or someone you know is addicted to a benzodiazepine, we recommend consulting an expert to know the best steps to take. Also, you shouldn’t try to self-medicate during the tapering process, as it may result in side effects. 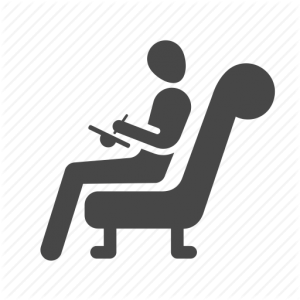 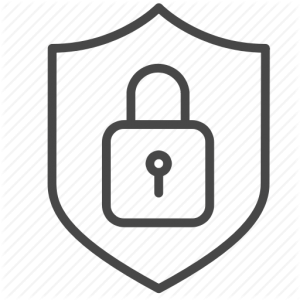