Alcohol abuse is more prevalent, costly, and deadly than opioid abuse, even during the peak of the current opioid epidemic. 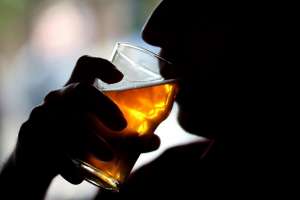 If you live in the United States, you’ve read or heard a news story about the opioid epidemic afflicting most of the country. Over the past year, the news media has relentlessly covered the epidemic and its impact on American society. Further, many elected officials from both sides of the aisle are advocating policies aimed at curbing the epidemic.

This non-partisan reaction by the news media and our elected officials is justified. In 2015, the most recent year which complete data are available, the Centers for Disease Control estimates there were a record 33,091 overdose deaths involving an opioid, an increase from approximately 8,000 deaths in 1999.

Opioid-related death rates have increased across all demographics and geographical areas over this time, although the largest increases are seen in non-Hispanic whites. Further, the direct and indirect costs of opiate addiction are substantial and rising; recent estimates suggest the costs exceeded $125 billion a few years ago. The social costs borne by families and communities around the country are even greater and will be felt for years to come.

So, the news media and our elected officials are correct – though perhaps late – in responding to the opioid epidemic as a public health crisis requiring innovative policy solutions and increased spending.

But how does the opioid epidemic’s effect on public health and society compare to the impact from alcohol?

It is difficult to make a direct comparison between alcohol and opiates using publically available data, but a look at commonly reported alcohol abuse statistics provides a starting point for the discussion.

According to the 2015 National Survey on Drug Use and Health, 70% of US adults reported drinking in the past year and 26.9% reported binge drinking in the past month. Further, 15 million adults and 623,000 children are reported to have alcohol use disorder (by comparison, 2.5 million people are addicted to a prescription opiate or heroin).

In an average year, approximately 88,000 people die from alcohol-related causes, making it the 4th leading preventable cause of death in the United States.  Alcohol abuse is also costly. The United States spends approximately $250 billion annually in direct and indirect costs related to alcohol. Like opiates, the social costs of alcohol abuse are substantial.  Judging by the statistics, alcohol abuse is more prevalent, costly, and deadly than opioid abuse during the peak of the current epidemic.

This is not particularly surprising. Alcohol can be purchased legally by all adults over 21, is sold at nearly every convenience and grocery store throughout the country, and is advertised ubiquitously.

If someone is genetically predisposed to alcoholism, our society provides them ample opportunities to develop the disorder.

While opiates are more accessible than they should be, their use and sale are highly regulated and most people cannot easily obtain them without breaking the law. The dangers of opiate use and addiction are more known and visible to the public. For example, many people choose not to take a prescribed opiate after a surgery because of their fears of addiction.

This is not to say that alcohol abuse is a greater societal ill than the current opioid epidemic – that is not for me to say.  The attention and focus on policy solutions to solve the opioid epidemic are justifiable and necessary.

But, given the data, why is so little attention paid to the impact of alcohol abuse on our society? Why do the news media and our elected officials use the word ‘epidemic’ to describe the situation with opioids, but not use it to describe the extent which alcohol abuse impacts an even greater number of people and communities?